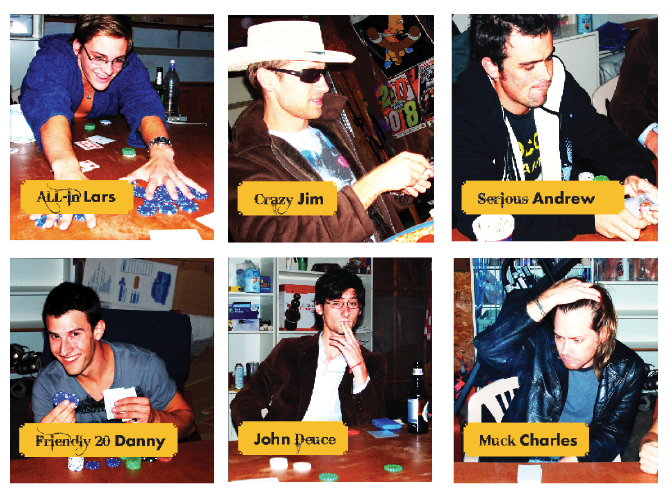 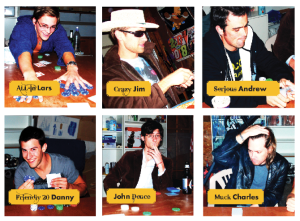 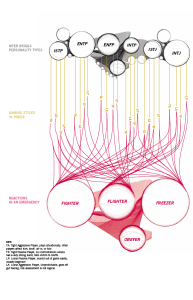 How Do People React in Emergency Situations?

During my Designing People-Centered Services class at Herron, I worked with the Emergency Preparedness department at Indiana University-Purdue University Indianapolis (IUPUI). The goal was to change the experience people have in the event of a shooter on campus, by making them more prepared. Research tools were generated in order to collect qualitative data, and gain a deeper understanding of what shapes the IUPUI student on an individual level. Above is an infograph of the data collected and analyzed, showing how by cross referencing poker playing styles with personality types, one can predict how they will react in the event of a shooter on campus.

The research tool consisted of hosting a casual $5 buy-in Texas Hold ‘Em in tournament style. Six IUPUI students with different personality types attended. As a non-participatory observant, I recorded the course of the game and derived each persons gaming style. Afterwards, I informally interviewed them for general feedback, others’ gaming styles, and how their strategy changed over the course of the tournament. I chose Poker Texas Hold ‘Em because it is situational and thus highly transferrable. Two situations, which are similar, will call for varying actions. Players also work with incomplete information, assess risks, and must read behaviors to determine the next course of action.

The info graph illustrates how the Myer-Briggs personality types can be translated to an emotional and logical emergency response role. John, an INTP player, will be more passive in terms of action. He will only play cards when he knows he can win. In an emergency situation, this means he is most likely to initially assess if he is able to overpower the attacker. Hence, he will most likely be a Flighter or a Freezer.

In conclusion, people prepare for the future through situational risk assessment based on their environment. In an emergency situation, introverts will act conservatively, while extroverts may be less predictable. However, everyone appears to obey when they realize the power lies in someone else’s hand. IUPUI can use this information to train emergency responses based on situational assessment and personality types.

I am a UX designer, specialised in designing for complex and enterprise applications. My design strategy involves working through all phases of the design process including research, analysis, interaction and visual design. My weapons of choice are Sketch, Omnigraffle... Previously Photoshop, Illustrator, Indesign, and sometimes venturing into After Effects for some extra sparkle.
Previous post:
Dow Agrosciences Project Next Post:
Partners in Housing Development Corporation